The 2012 Award Ceremony for the SI Leeds Literary Prize was awarded on Wednesday 3 October as part of the Ilkley Literature Festival. 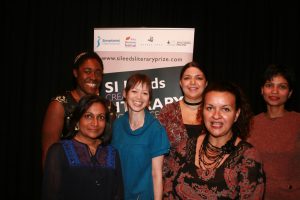 An extremely enjoyable and inspiring evening, the event featured Chair of the Judges, Margaret Busby OBE, in conversation with prize Patron, critic and writer Bonnie Greer OBE.  Busby announced the four winners in alphabetical order, who each took turns to give memorable readings of extracts from their winning entries to a full house at Ilkley Playhouse. 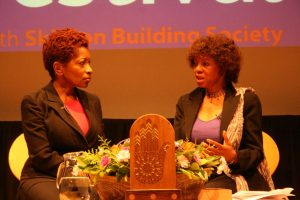 The SI Readers’ Choice award was given to Karen Onojaife Borrowed Light in the 2012 award ceremony. 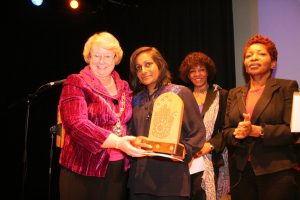 The four winners were announced as follows: 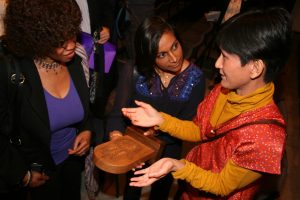