We are delighted to congratulate Lianne Dillsworth on the news that her debut novel, Age of Monsters, will be published by Windmill.  The Bookseller said “Age of Monsters is billed as an “enthralling” historical reading-group novel set in Victorian London, which tells the story of a mixed-race heroine, Zillah, who finds herself playing the role of a freak on the stage. “But Zillah’s headline act as ‘The Great Amazonia’ is fake, and if her real identity is discovered her precarious existence will be shattered,” reads the book’s synopsis. “When a new act is introduced – a black woman with vitiligo exhibited as a ‘Leopard Lady’ – Zillah finds herself forced to confront the dark side of her profession. And when the woman goes missing, Zillah risks everything to save her and, in doing so, herself too.”

Dillsworth said: “I’m beyond excited to think of Age of Monsters out in the world. I’ve been overwhelmed by the passion and enthusiasm that Emily and Millicent have shown for the novel and know that with them, Zillah has found the perfect home. So grateful to Juliet, too, for believing in me and my writing and to all those who have helped and supported me along the way.”

Many congratulations! Read more about this news here. 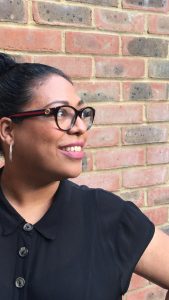