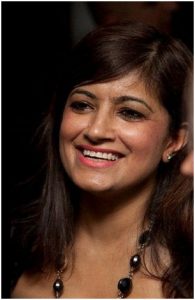 2014 shortlisted writer Reshma Ruia has won the 2019 First Collection Masala Award for poetry, and her collection will be published by Skylark publications in October.

2014 winning writer Mahsuda Snaith continues to promote her Prize-winning novel ‘The Things We Thought We Knew’, BBC Radio Leicester’s Book of the Month, and will be launching her new novel ‘How to Find Home’ in May, which has been chosen as BBC Radio 4’s Book at Bedtime pick.

‘Cygnet’ is the debut novel by Season Butler, 2014’s second placed writer, published this week.  An unusual coming-of-age story about a young girl on an island exclusively occupied by older people, ‘Cygnet’ has been published by Dialogue Books, headed by Sharmaine Lovegrove, one of our 2018 judges.  Bernardine Evaristo has described Season as “a bright new voice in literature” and Blake Morrison called the novel “sad, funny, highly original.”

Farah Ahamed, also from the 2014 shortlist, has just been long listed for the 2019 CBC Short Story Prize for her short story ‘We’re Watching You’.

Huge congratulations to our 2014 cohort for their achievements!