A Writer’s Life by Aliya Ali-Afzal 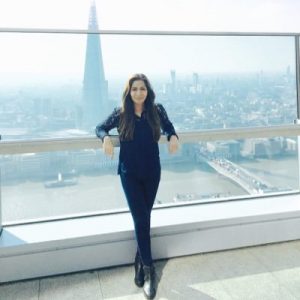 Sometimes, I feel like Spiderman. To anyone passing me in the street, I am an ordinary woman, living an ordinary life: dropping the children off at school, grabbing a coffee with my friends, playing Candy Crush on a packed train into Waterloo on my way to work. No one would guess that I have an alter ego and a parallel life, where I feel invincible. A life where the world shrinks to the thoughts in my head and then explodes into words that have no limits and no rules. I love the freedom that I have when I’m writing. I can go wherever I want; inside an old man’s head, on the trail of a murderer in Argentina, or to a party at the top of a skyscraper on the Moon, 200 years in the future. My characters are real people. I feel their happiness and distress. I can make anything happen. It is exhilarating.

I have always written, but in a deliberately casual way, just ‘for fun’. My cupboards are full of ‘books’ of stories that I have written for my children over the years, and my hard drive, clogged up with poems, short stories and novels that I started and stalled. I didn’t pursue my writing seriously at first. I played it safe. So long as no one told me that my writing was bad, I could hold on to the fantasy that it was good. But as the years whizzed by, my fear of trying and failing was replaced by an even greater fear: of never writing my novel at all- ever. I needed to stop flirting and make a commitment. But it was not an easy decision. The ‘high’ from writing became tempered by more sobering thoughts: was it fair to strip away time from my family and friends, to dilute the energy I devoted to my day job, for something without any guarantee of success? What if I were no good anyway and it was all a waste of time? It felt self-indulgent.

On a whim, I applied to the Curtis Brown Creative Novel writing course. It was comforting to know that I could apply and be rejected in private, as I absolutely expected to be. But at least it motivated me to write three thousand words and a synopsis for the application. To my utter shock, I won a place. It was one of the most exciting moments of my life and it could not have happened at a worse time. My children were navigating important exams, my mother was unwell, I was flying between London and Dubai for work and helping someone I love through a horrible divorce. But this was something that I could not give up. Somehow I managed to fit it all in, flying in from Dubai in the morning and fighting my jet lag all day to attend class that same evening, and leaving the house on the dot for my course every week, whether the children had done their homework or not. I didn’t miss a single session on the three-month course.

The most terrifying part of the course was when we workshopped each other’s work. Suddenly, 15 other people were reading my ‘secret’ world and critiquing it publically. But it is amazing how quickly you get used to it, especially when you learn so much about how to fix a character or a scene that you knew was not working. We got individual feedback from out tutors too, so I had an expert’s input on how to make my novel better.; this was incredibly helpful. We also met real authors and agents who came in to talk to us. It was liberating to hear about the false starts and rejections the bestselling authors often had before their ‘overnight’ success. Their tales of failure were as inspirational for me as those of their eventual success. It was a revelation to learn that it is alright, normal in fact, for a first draft to be rubbish. It was OK if perfection did not flow onto the page on my first attempt and that writing is about crafting your words again and again until you get it right. I don’t think I would have completed my first draft without doing the course. Our group still meets regularly, two years on, to carry on the workshopping and offer much needed moral support.

The many friends I’ve made since I started on this journey have been an unexpected bonus of this otherwise solitary occupation. Writer friends are a lifeline and understand what your family and non-writer friends never will: that writing is very hard work and that your book will not suddenly appear in Waterstones six months after you started writing it and nor are you in talks with Hollywood yet. As well as meeting fellow writers on courses, I’ve made many friends on Twitter. I have connected with fellow Nanowrimo writers, to other writers entering competitions with me, such as the Bath Novel Award and also Alumni from the schools where I did my courses: Curtis Brown Creative and The Faber Academy, many of them now published authors. Last year I went to a Twunch (Twitter lunch) for writers who’d met on twitter. I go to book launches for my friends’ novels, writing talks, literary festivals and workshops on writing cover letters and editing. There is no more hiding or pretending. I’m doing this writing stuff for real at last.