Prize alumna and former Prize judge, Winnie M Li, is launching her second novel, Complicit.  Please do join her in Leeds on Thursday 13 October from 6.30pm for this event, held in collaboration with Truman Books:

‘Complicit is the first book to explore the #MeToo movement in Hollywood from someone behind the camera.  Protagonist Sarah Lai is a lecturer at an obscure college in America, yet she was one on the cusp of a promising film career. When a curious journalist comes knocking on her door, memories of youthful ambition and feelings of guilt come rising to the surface.  It’s a striking look at power dynamics within the film industry from the perspective of producers. It asks the important question of what would you ignore to get ahead?  Would you stay silent to protect your career and your dreams?

Author Winnie M Li is herself a former film producer and the survivor of a sexual assault. She’s an empowering example, really, of a woman who refused to stay silent and wants to encourage other women to do the same, to destabilise the power structures in place that fail to protect women.’

– Mariella Frostrup, Times Radio and ‘Books To Live By’ in The Sunday Times Magazine 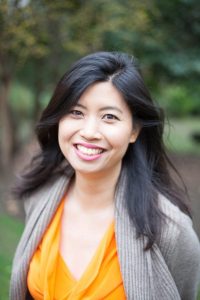