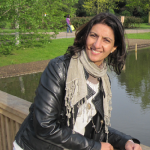 Farah worked for several years as a lawyer in Kenya before working with a Human Rights organisation in Uganda. Farah is also co-founder of a campaign to help underprivileged girls with menstrual hygiene management: Panties with Purpose.

Farah is working on a collection of short stories that straddle three cultural contexts; African, Asian and European. The stories are particularly focused on the lives of Asians living in East Africa and the Diaspora. Her stories have been published by Kwani?, Bridge House, Fey Publishing, and New Lit Salon Press. Her story Zoloft for Everyone received a commendation at the 2014 Winchester Writers’ Festival and 1972 was nominated by Kwani? for the 2014 Caine Prize for African writing. Another short story has recently been nominated for the 2015 Pushcart Prize. Her shorter pieces have appeared in Shout Out UK shoutoutuk.org/ and at This Woman’s Work thiswomanswork2014.tumblr.com/.

Read an extract of Farah Ahamed’s shortlisted entry, ‘Red is for Later, and other stories’, here 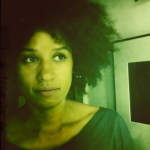 Season Butler was born in Washington, DC and moved to London in 2002 where she works as a writer, artist, academic and activist. She was an autodidact studying with shamans, off-duty academics, alone in libraries and sneaking into university lectures before undertaking an MA in Creative Writing at Bath Spa University in 2007. She is currently reading a PhD in Creative Writing at Goldsmiths College. Her writing, research and performance practices centre around intersectionality and narratives of otherness, isolation and the end of the world.

Season has published short fiction and non-fiction in publications like Some Think Blue, Subtext feminist journal, Sweet&Sound, Run Riot, 32 Bristols (commissioned by Forest Fringe) and Bellyflop, and won a commendation in the novella division of the New Writer fiction competition in 2011. For counterfire.org she contributes opinion pieces and book reviews. She recently convened the Artists’ Assembly Against Austerity to help mobilise the creative community to defend the public sector, and is an Associate Producer of the I’m With You collective, a group of performance artists looking at notions of queerness and domesticity.

The Japanese literary genre shishōsetsu (or I-novel) has informed her interest in challenging the division between experience and artefact, autobiography and fiction, research and practice, and she’s experimenting with these ideas in her second novel and a new series of object-based art pieces.

Read an extract of Season Butler’s shortlisted entry, ‘Hanging from the Hammer of the Bell’, here 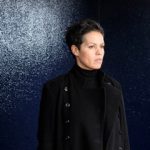 Kit de Waal is of mixed heritage and was born in Birmingham to an Irish mother and African Caribbean father.  She worked for fifteen years in criminal law and writes about the urban underbelly, the forgotten and overlooked, where the best stories are to be found.  She has an MA in Creative Writing and writes short stories and flash fiction and has just finished her second novel.

She is a member of Leather Lane Writers and WRB Writers of Moseley.   She fills her time with thinking, talking and dreaming about writing and the characters that inhabit her stories. 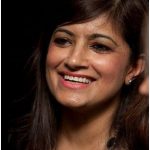 I have a PhD in Creative Writing from the Centre of New Writing, at the University of Manchester and post graduate and undergraduate degrees from the London School of Economics.

I started my professional life as a development economist with the United Nations and the OECD, but became a writer once I moved to Manchester.

‘A Mouthful of Silence,’ is my second novel.  My first novel, ‘Something Black in the Lentil Soup’ was published by BlackAmber Books, now an Arcadia imprint and by Penguin India. John Carey described it in the Sunday Times as ‘a gem of straight-faced comedy,’ and the Guardian called it a ‘debut that sings’.

I have written short stories and poems which have appeared in anthologies such as ‘Too Asian, Not Asian Enough’ and also broadcast on Radio 4.

‘A Mouthful of Silence’ is set in Manchester with flashbacks of India. I wanted the story to convey the bleak beauty of a rain-grey city and juxtapose it against the clamour and colour of Bombay. The story challenges and re-examines accepted assumptions regarding love and identity, and what it means to grow old and still be consumed by fires.

I was born in India, but spent my formative years in Rome, Italy.  I have also lived in Paris and London. I see myself as a product of different cultures and my narrative portrays the inherent tensions and preoccupations of those who possess multiple senses of belonging.

Read an extract from Reshma Ruia’s shortlisted entry, ‘A Mouthful of Silence’, here

An author of both poetry and fiction. She was born in Madras, India, and has lived in the UK since 2004. Her first poetry collection, Sips That Make A Poison Woman, was published in 2011, after she won the Ravenglass Poetry Prize. The poet Graham Mort describes the collection as ‘having the force of parables’ and ‘glinting with dark humour’.

She was a finalist for the 2011 Asham Award, and her short story Pandian Uncle And His Ghosts is published in the collection Something Was There by Virago. Her poem Dark Skin was longlisted for the 2011 Montreal International Poetry Prize. Ice And Ice Age is a poem published in the 2012 collection Out of Bounds: An Anthology of Black and Asian Poetry, from Bloodaxe. In 2012 she won a commission to write a series of poems about multiethnic Leicester. Five Voices, Leicester was exhibited at the Charles Wilson Library, University of Leicester, and the Leicester Central Library later that year.

She teaches creative writing at the University of Leicester, where she is currently finishing a collection of stories reimagining patriarchal Indian myths from the female point of view as part of her doctoral thesis. While hoping to find a home for her contemporary novel ‘The Queen’ soon, she is also encouraging rumblings of another novel.

More on Anita’s writing and her other passion, sculpting, from www.anitasivakumaran.com 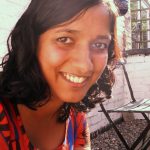 Born in Luton to Bengali parents, Mahsuda Snaith is a Leicester based writer of short stories, novels and plays.  She has won prizes in a number of national writing competitions including the DreamUp! Monologue Competition and The Asian Writer Short Story Competition 2012.   Mahsuda has performed her work at the South Asian Literature Festival, Literary Leicester and Nottingham Festival of Words and has had her work included in two anthologies as well as a city gallery exhibition.

Mahsuda was recently selected as a finalist for the Mslexia Novel Competition 2013 as well shortlisted for the Bristol Short Story Prize 2014.   She is currently working on her second novel and is researching its central theme of homelessness as a Writer in Residence in a homeless hostel.   Interested in all written art forms she is also working on her first full length play as part of the Kali Talkback Programme 2014.

Brought up on a Leicester council estate, The Constellation of Ravine Roy is inspired by Mahsuda’s childhood.  The novel examines the colourful life of a British-Bengali girl growing up on an inner city estate in the late 1990’s and how she learns to cope after an incident leaves her isolated in her room with chronic pain syndrome.

Having worked as a bookshop assistant, office temp and primary school teacher Mahsuda now leads creative writing workshops as well as working in supply teaching.  She likes to blog (somewhat infrequently) at www.mahsudasnaith.com.