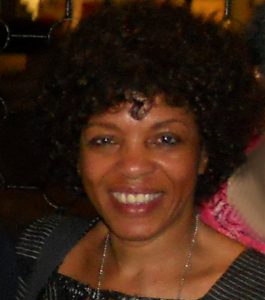 She works as a writer, editor, consultant, reviewer and broadcaster. Publications Margaret Busby has written for include The Guardian, Independent, Observer, New Statesman, Wasafiri and The Times Literary Supplement, and she is the editor of Daughters of Africa: An International Anthology of Words and Writing by Women of African Descent (1992: “A magnificent starting place for any reader interested in becoming part of the collective enterprise of discovering and uncovering the silent, forgotten, and underrated voices of black women” – Washington Post Book World). Her radio abridgements and dramatizations include work by C. L. R. James, Jean Rhys, Wole Soyinka, Timothy Mo, Sam Selvon, Walter Mosley, Henry Louis Gates, Lawrence Scott and Simi Bedford. Her Radio 4 play Minty Alley won a 1999 Race In the Media Award. Her writing for the stage includes Sankofa (1999), Yaa Asantewaa – Warrior Queen (UK/Ghana, 2001-2002), and An African Cargo (Greenwich Theatre, 2007).

She has served as a judge for many literary awards (such as the Caine Prize for African Writing, the Orange Prize, the Independent Prize for Foreign Fiction and the OCM Bocas Prize for Caribbean Literature), and has been associated with numerous organizations, including the Africa Centre, the Royal Literary Fund, PEN, Wasafiri magazine (for which she is currently chair), the Organization of Women Writers of Africa, the African & Caribbean Music Circuit and the Hackney Empire theatre. Having won awards for her contribution to book publishing, she continues to campaign for diversity in the industry and is also the patron of Independent Black Publishers (IBP).