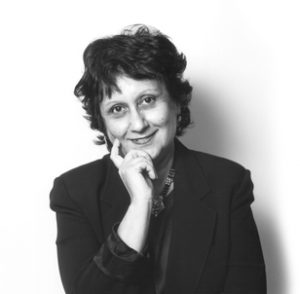 “Women of colour have written some of the most lyrical, moving and challenging books in the world – from Toni Morrison to Arundhati Roy. Their voices have changed Britain too. Though a few – very few – like Andrea Levy have had the accolades they deserve, many have not and most are barely heard. This prize will reward those who fight the odds to write stirring books and hopefully encourage many more.”

Yasmin Alibhai-Brown came to this country in 1972 from Uganda. She completed her M.Phil. in literature at Oxford in 1975. She is a journalist who has written for The Guardian, Observer, The New York Times, Time Magazine, Newsweek, The Evening Standard, The Mail and other newspapers and is now a regular columnist on The Independent and London’s Evening Standard. She is also a radio and television broadcaster and author of several books. Her book, No Place Like Home, well received by critics, was an autobiographical account of a twice removed immigrant. From 1996 to 2001 she was a Research Fellow at the Institute for Public Policy Research which published True Colours on the role of government on racial attitudes. Tony Blair launched the book in March 1999. She is a senior fellow at the Foreign Policy Centre. In 2000 she published, Who Do We Think We Are? which went on to be published in the US too, an acclaimed book on the state of the nation. Andrew Marr and Sir Bernard Crick among other reviewers found the book exceptionally wise and challenging. After Multiculturalism, a pamphlet re-assessing the multicultural ideology in Britain was the first critical examination by a social democrat of a settled and now damaging orthodoxy. She is also a regular international public speaker in Britain, other European countries, North America and Asian nations. In 2001 came the publication of Mixed Feelings, a book on mixed race Britons which has been praised by all those who have reviewed it to date. In June 1999, she received an honorary degree from the Open University for her contributions to social justice. She is a Vice President of the United Nations Association, UK and has also agreed to be a special ambassador for the Samaritans. She is the President of the Institute of Family Therapy. She is married with a twenty eight year old son and thirteen year old daughter.

In 2001 she was appointed an MBE for services to journalism in the new year’s honours list. In July 2003 Liverpool John Moore’s University made her an Honorary Fellow. In 2003 she returned her MBE as a protest against the new empire in Iraq and a growing republicanism. In September 2004, she was awarded an honorary degree by the Oxford Brookes University. In April 2004, her film on Islam for Channel 4 won an award and in May 2004, she received the EMMA award for best print journalist for her columns in the Independent. In September 2004, a collection of her journalistic writings, Some of My Best Friends Are… was published in 2005. Since that year, she has been seen on stage in her one woman show, commissioned and directed by the Royal Shakespeare Company as part of their new work festival. In 2005, she was voted the 10th most influential black/Asian woman in the country in a poll and in another she was among the most powerful Asian media professionals in the UK. In 2008 she was appointed Visiting Professor of Journalism at Cardiff University School of Journalism, Media and Cultural Studies and Visiting Professor of Journalism at the University of Lincoln.